Why I Choose MEMA: Reflections from a Young MEMA Doctor

In a Family of ER Doctors, Roots Run Deep

Reflections from a Young MEMA Doctor 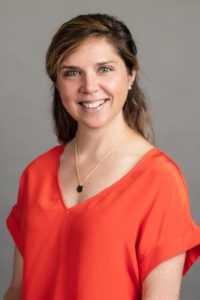 The end of the year and the holiday season always feels like a natural time for retrospect and reflection. As I ushered in 2020, it marked my 2 year anniversary with MEMA and my 4 year anniversary as an attending physician. It welcomed the opportunity to take inventory of the progress, setbacks, and unexpected challenges I have met since residency.  In the end, the exercise magnified my gratitude for MEMA and left me wanting to share my experience with those considering a job with our group.

Similar to many other new residency graduates, I prioritized high acuity and high pay in my first job. I wanted to be busy, continue to expand my skill set and test my training and fantasized about that first attending paycheck that would mean I no longer had to live on a diet of free hospital food (side note: I am still addicted to graham crackers, peanut butter, and ginger ale). I chose to work as an independent contractor, under a national group, at an emergency department with large volumes and sick patients. In less than a year at my new job, however, I found myself slipping into the ranks of unhappy, exhausted, and desultory physicians. As my financial wealth multiplied with each monthly paycheck, my mental and emotional bank account was quickly going into debt.

As I approached the end of my second year, I wasn’t just looking for a new job . . . I was ready to quit medicine.  It was amidst that time and mindset when I was unexpectedly offered an opportunity to interview with MEMA. When I learned more about the group and their practice structure, I began to wonder if I was just in the wrong job rather than the wrong profession. At my first job, I showed up, worked my hours, and collected a paycheck. I wanted, instead, to work alongside a group of colleagues who cared about their patients and each other, and collectively evolved to respond to the daily challenges inherent to our field. In the interview process with MEMA, it was clear they were committed to finding and supporting physicians in a life-long career, evidenced by the longevity and depth of the group.

Two years later, I can appreciate that MEMA allowed me to transition into a well-adjusted emergency physician, and I am continually grateful to work among a talented and caring group of people. Stephanie Zeller covered a Saturday overnight shift for me with 3 hours’ notice when my father had a medical emergency. Brad Anglemeyer brought me a container of homemade cookies while I worked the Christmas shift. Dave Rentz, our medical director at Presbyterian, routinely walks through the department on his days off, looking for ways to help and make our lives easier (and when I made a suggestion on shift one day that I thought would help the group, he had the change implemented by the next day). In an industry and work environment that can often feel overwhelming and defeating, this group feels like an insulated family of compassionate, generous, and thoughtful individuals.

There are, of course, many other advantages to working for an independent, democratic group in medicine: greater autonomy in both your clinical and business practices, better compensation and profit-sharing, supportive administration and leadership, to name a few. At the end of the day, though, I quickly learned the details of compensation structure, scheduling logistics, even patient demographics are insignificant compared to the importance of a strong and cohesive group dynamic. Just as a tree relies on deep roots to support its growth through adversity, MEMA has provided me with the foundation and support that I was thirsty for two years ago. I feel like I have found my work family and my home.